Jesus Is Our Messiah

The Flourishing of the Faithful

How do you see the state of our country, of our world? Does it make you feel all the a’s- anxious, afraid, angry? Greater still, do you feel powerless against it?

I was definitely feeling all these things- entrapped by the conditions around me, unable to break free, ashamed of the things that stripped me of my innocence- so I just resigned. There was no one who would listen, no one who would care, so I had to do things for myself because no one else would. I came to terms that life was all about the survival of the fittest.

But is it, really?

That question that I had long buried in the depths of my heart would be answered one seemingly average day in June in 2008. The night before, some friends had invited my boyfriend and I to check out a church. Let me add in the minor detail that this invitation was made over several strong drinks and dancing the night away, per usual at the time.

There wasn’t any great curiosity I was feeling. I’d say it was more of a mild interest. Never before had I stepped into a church besides catholic weddings and baptisms. There was no expectation as I walked the concrete path that was leading me to the greatest encounter of my life. But gosh, to imagine the King of Heaven and Earth, the Lord seated to his right and all the angels waiting in anticipation of the great rejoicing that was about to take place. I was so clueless. Until that first song began to play. Everything changed in that one moment, the moment Jesus’ extraordinary act of love was revealed to me..

The things that were spoken that morning-feeling as though they were solely directed to me among an auditorium of thousands:

You are not alone.

Before I formed you in the womb I knew you, before you were born I set you apart; I appointed you as a prophet to the nations.

Now here before me was a Father telling me I was his all along– that I didn’t have to carry the weight any more and it began to lift and was replaced with hope that there really was someone who cared about this broken girl who felt so insignificant in this world.  The one who sent his own son to sacrifice himself, though blameless, with no guarantee that I would believe- but took the risk, so that I could have the opportunity to be reconciled to my Father, the one who created me, and thats calls us his sons and daughters.

Turns out life is not about the survival of the fittest but about the flourishing of the faithful. For when we believe that Jesus not only died but resurrected so that even those who feel the most unworthy and broken can come alive in him, we begin to see ourselves as inheritors of great strength and power; conduits of love and hope that can not only bring us closer to our best selves but in that also bring out the best in others because of what he did for us.

To some the word Messiah can sound like some ancient word pulled out of an old book. But we must remember this:

It took the Prince of Heaven and thousands of years to recover what was lost in one moment of sin in Eden. [Henrietta Mears]

Let us not forget the great lengths, the patience, and the intentionality with which God took to come to us through Jesus.

Maybe you relate to 2008 me – feeling like you’re just trying to survive in a seemingly broken world. I’m here to tell you your story does not need to stay there. I believe that you are destined for a full and flourishing life, and I challenge you to take the first step (or the next step!) to embracing this new life Jesus has made available to each and every one of us, yep that’s you too. Here are some ideas to get you started:

KEEP UP WITH US
EVENTS

Made to Make: PLATFORM Open Mic

God is our MakerMakers Life 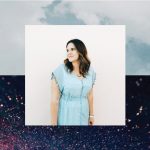 The Holy Spirit is Our MeansMakers Life