I never thought that after 11 years in the Navy that I’d be in a position that I wouldn’t have any sort of income to provide for my family. I was in a program that was supposed to link me with a job as soon as I got out of the Navy, but it just didn’t work out. It was really frightening and eye opening to see how much self worth I placed on my ability to financially provide for my family.  In the process I found myself losing a daily battle to read scripture and in a vicious cycle of procrastination.

Last Wednesday it all changed.  When I woke up, instead of reaching for my phone, I felt convicted to grab my actual Bible and read through Mark. It honestly was like have a cup of tea with a close friend or family member that I had been trying to make plans with but just kept flaking.

Then came this verse:

Reading this verse made me recognize that I had been mentally tied up, and any time I tried to untie the mess, the knot of stress and anxiety that had formed in my mind tightened. I realized that any time I had tried to take care of something that needed to get done or was past due everything else that also needed to be accomplished came rushing to mind and I would freeze.  Since I couldn’t fix everything…I fixed nothing. In a nutshell, I felt trapped.

So after finishing chapter three, it felt as though Jesus was telling me that the only way I was going to untangle the knot of my mind was by starting with a single thread and following it until it was free, and maybe I’d free up some other threads along the way, but to focus on the one.

Three hours laters while at the bank with my wife Hannah I got a call…a job offer.

Today is only day four on the new job, but the effect of establishing routine again has already had a major impact on me. The past four days have been spent processing, training, and waiting for other people to sign forms that I need to actually start at the location I’ll be working at. I could be frustrated, I could start pulling on a thousand threads to get something done, but I’m not too worried about. I’m letting life unfold as it will, trusting God in the process. I’m determined to not let the waiting get the best of me, besides, I’ve got plenty of threads to follow in the meantime. 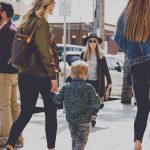